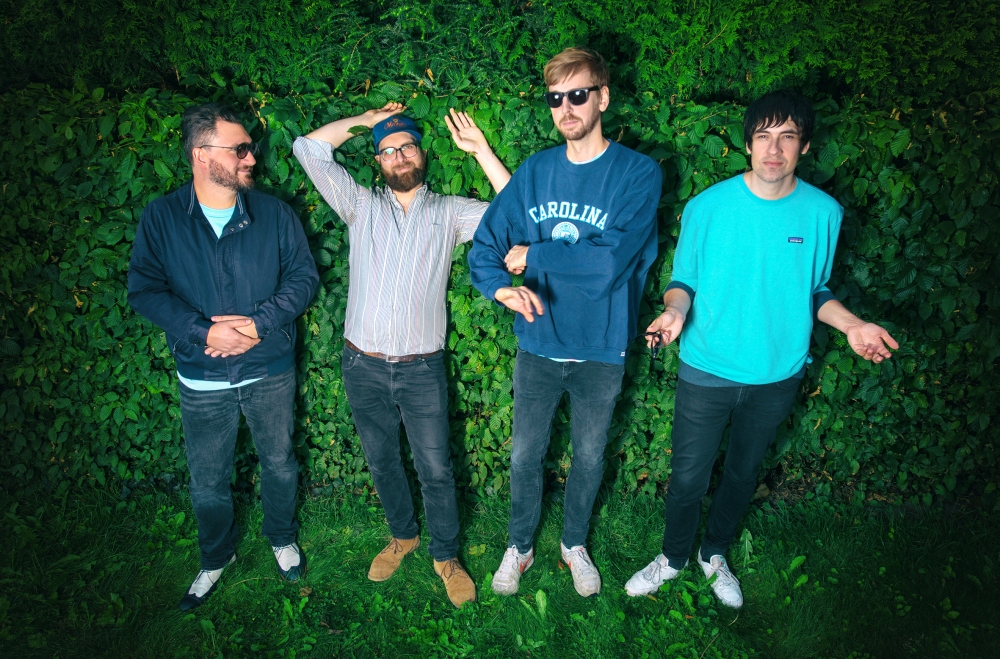 We are delighted to premiere the new video for “Sozialisiert in der BRD*” by Hamburg/Berlin band Botschaft**. The group is a collaboration by members of The Robocop Kraus***, Station 17 and Tusq and this is their second single on the wonderful Kleine Untergrund Schallplatten. The video is a really sweet montage of old home movies.

The lyrics are a critique of the school system in Germany and the feeling that from a very young age you are being prepared to become a functionary in the capitalist system.

Malte from the band says

“The song which can be translated as “Raised in (West-)Germany” and is meant as a radical criticism of growing up in democratic capitalism. It is characterized as a process of adaptation in which the young “citizen” not only is taught a calculating use of mind but also to internalize all the external duties it has to obey: identity-making. Everyone is sorted into an educational hierarchy by schools, later a hierarchy of careers, and instead of stating the powerlessness of being sorted into this useful life (useful for the state and the capital), the successfully socialised individuals construct a rather stupid contradiction: they try to see “chances” for themselves in living situations which are full of forced conditions.”

The song is a sepia-tinged, smoothly melodic masterclass, with chiming guitars, shimmering synth-lines and a lovely, sophisticated full sound that harks back to some of the finest eighties pop music. “Rainy Season” by Howard Devoto**** leaps immediately to mind, but also Prefab Sprout, The Blue Nile and a handful of other great bands. “Sozialisiert in der BRD” (“Socialized in the BRD”) will be released on September 14th in a limited edition of 200 on black vinyl with an extraordinary sleeve design (which I am really looking forward to seeing).

**”Botschaft” has two meanings in the German language, “the embassy” or “a message”.

***Our first ever interview we did 4 years ago was with The Robocop Klaus, we had just started the site and wondered if we got in touch with the bands we like would they respond? They did and we’ve never looked back [This is looking back, Ed.]. Also “Gibraltar” by said band is one of my favourite tunes.

**** Did someone mention “Englishman In New York”?