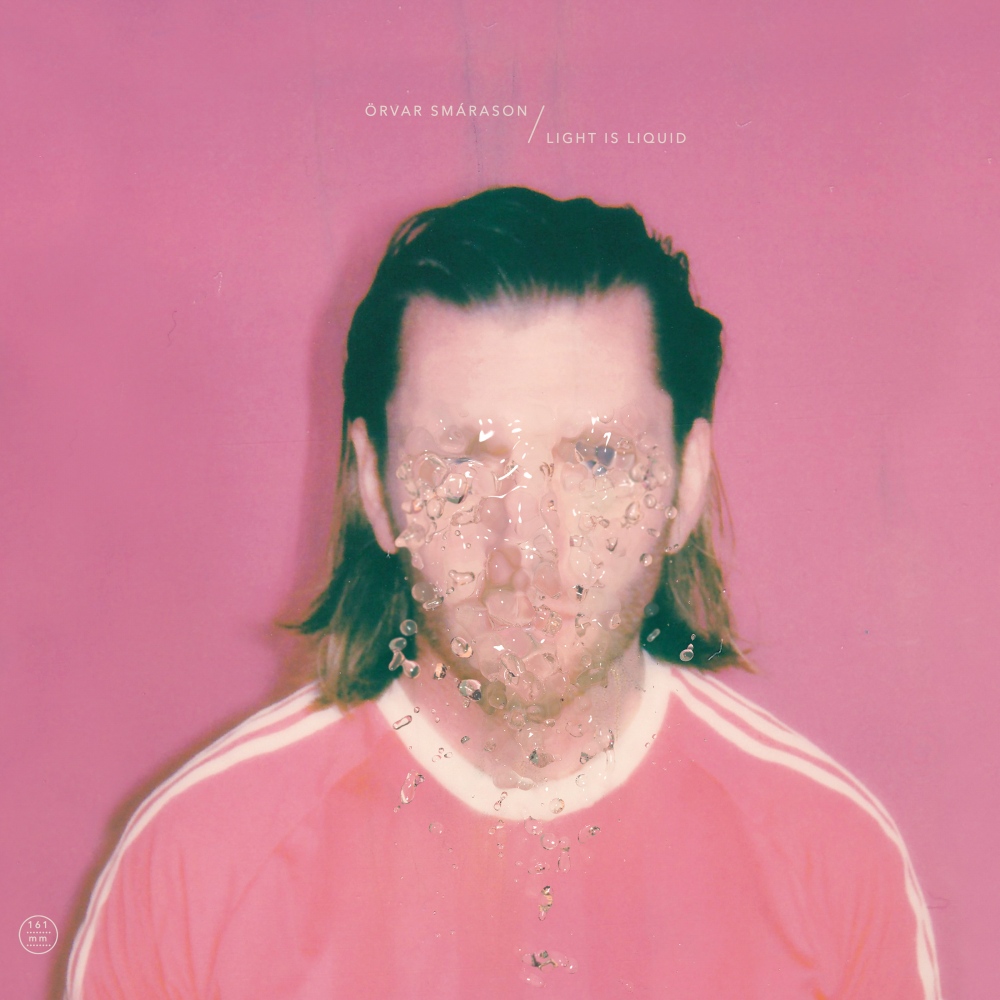 Örvar Smárason’s debut solo LP “Light Is Liquid” (Morr Music) is something special indeed, but that is hardly surprising, given he has been a central figure of the Icelandic music scene for more than 20 years. Probably best known as a founding member of the legendary múm, he has been involved in many other bands including FM Belfast and, most recently, produced the excellent “Team Dreams” with Sóley and Sin Fang. Örvar is also a published poet and author.

“Light Is Liquid” is an electronic sci-fi opera in eight parts. The songs are beautifully crafted, full of light and evoke voyages to far off planets, journeys of discovery, observing myriad wonders for the first(and possibly last time) for there is a sense that there is no return ticket on this trip. The vocoded voice adds an almost ineffable sense of pathos and you get the weird feeling that this record was made without human intervention, folk songs written by and for machines. The overall effect is enchanting. “Flashlight” is the best song I’ve heard this year and would make a wonderful single (just sayin’). The film “Silent Running” occurs to me time and again when listening.

We were delighted when Örvar agreed to answer some questions for us.

I believe this is your first “solo” work, how did that affect the process? Did you feel more or less in control?

Yes, it’s probably what you could call my first solo work. But I guess any piece of music is both a collaboration to some extent. Even just using instruments is a collaboration with whoever designed or built them.  And control isn’t really something I’m looking for.

How would you describe the new album?

How do you juggle your multiple musical projects, not to mention your poetry and writing (which we will) and still find time to have a life outside of all that?

I have been juggling a lot of different musical projects for the last few years and to tell you the truth I don’t have much time for anything outside my family. Except for football, there is always time for football. And I haven’t been able to do much writing either recently, but I’m trying my best to change this. I’m due a big u-turn soon.

Has any of your writing or poetry been translated into English?

I don’t think so; my novella was translated into Italian and came out over there. And I guess there were English translations of my poetry alongside Japanese translations that came out in a big book of my drawings in Japan once. Long time ago.

We going to have to wait a bit until the dust settles to see. One of the reasons we did this project was kind of like an experiment or exercise in spontaneity, so I think we would need to come up with a whole new idea I guess. But we have had such a good time on the tours that we have definitely discussed doing something new.

I guess you are asked this a lot, but is there something in the water in Iceland that helped sustain such a bright creative community? Do you ever think it’s just weird?

Yeah, I have been answering this question for 20 years and I’ve given a lot of answers. Just not any good ones. The closest I can get must do with relaxed attitude and a sense of camaraderie within the artistic community. Anything about, isolation or the water or the beauty of nature sound too farfetched to me.

Before I can remember, music has always had a big part of me.

Do you have a favourite poem?

When I was 17 and very impressionable, I saw a film about the poet Dorthey Parker called Dorothy Parker and the Vicious Circle. I haven’t seen it since and I couldn’t tell you if it’s a good film, but a few of her very simple poems in the film really stuck with me. Mainly one called Resumé, it seemed very funny to the 17-year-old me.

The first record I bought was the soundtrack from the film Beat Street and I loved it because it was wild.

Moon Pulls of múm’s “Go Go Smear the Poison Ivy” has always been a favourite of mine, it’s a great collaborative piece. I could say the same thing about” Sweet Impressions”, that was originally written for Sing Along to Songs you Don’t Know, but ended up on Smilewound. Of recent stuff, I am really fond of a song called Enjoy that I wrote with FM Belfast on a very recent album. Random Haiku Generator off the Team Dreams album is something I am very happy with as well.

Guns n’ Roses were huge for me.

I like travelling to Japan and I also have a fondness for Italy. But I don’t really have any favourite country, I’m happy anywhere were the food is good.

My wife almost hit herself with her own car yesterday while I was sitting in the passenger seat. That was pretty weird.

Band’s start up every single day in Iceland and I can’t keep up anymore. There is a competition in Iceland every year, a sort of a battle-of-the-bands kind of a thing and it pretty much always produces very interesting results. The band who won last year, Between Mountains, released a very good video to one of their songs, Into the Dark recently.

Which of these activities are you most likely to be found doing: (a) making a soufflé, (b) tinkering with a motorbike, (c) doing the ironing, (d) putting up shelves?

e) tinkering with a soufflé.

Probably not, but the tigers of wrath are almost certainly wiser than the horses of instruction.

What have you got in your pockets?