Back in the summer of 2016 when we were FEW (and far between) we premiered “Queen Of Summer”  (Dead Bees Records) by MyGhost. Now that we are SWIT we are delighted to have an interview with the boys on the occasion of the release of their debut LP also entitled “MyGhost”. The beautifully-produced record fulfills the promise of that tune in spades across the 12 tracks – on display is a real talent for  writing sophisticated classic, moodful pop songs.

MyGhost are childhood friends Sam, Patrick & Laurent, long separated in different cities, they reunited in 2014, recording 30 songs in Berlin over 3 years. A second LP is already in the works. We love it when serendipity lends a hand.

Sam: I was 6 and my father put me in classical music school.

Laurent: Everybody in my family said that I was always dancing and singing so I guess music was always there.

Pat: I was 13 when I picked up my first classical guitar and started to learn properly how to play.

How did you meet and what did you think of each other when you when you first met?

Sam: High School we had our 1st band together.

Laurent: we were 16, we played together for 2 years and then we didn’t see each other for 21 years. We got in touch again by chance and decided to form a new band.

Pat: Laurent lived in the neighbourhood, we had friends in common. We met when we were 14. I was a quiet teenager he was quite the opposite.

Are you excited/nervous about the release of the new album?

Pat: Both really. Always wish the record is well received.

It’s taken a while to get the record out, has it been a challenge?

Sam: 3 years of hard work but now we are on a roll.

Laurent: Well we live in different countries: Germany, France and England so we need to be organized. During those 3 years we’ve recorded about 25 songs. We had to make a selection. We are currently working on the next record.

Pat: we had to find our bearings, get our sound right. We wanted to get every step done properly, right through to artwork and mastering. Plus, we decided to take the stress out of the equation. No deadline really, why having one?

Sam: I think my very 1st memory of listening to a song from the radio and feeling something was probably the cover of “Tainted Love” from Soft Cell and “Kids in America” from Kim Wilde as random as that can sound.

Pat: My mum was fond of classical music. A ‘60s vinyl of Bach famous Tocatta and Fugue in D minor, recorded in Notre Dame de Paris. I could hear the wind through the pipes. I have developed a love of sound very early on.

Sam: It’s a new song which will come up in the next album. I love it because it doesn’t not sound like anything I ever heard and it has no song format at all but feels natural.

Laurent: So far, “we used to be happy”, it’s kind of nervous and very soft at the same time, I like it a lot.

Pat: “Flesh and Bones” is up there. It develops over 3 minutes without any part appearing more than once.

Sam: Hmm that’s a hard one. I might gonna have to say Curtis Mayfield for his skills of song writing, his sensibility, his sense of arrangement and his honesty and realness.

Laurent: So many! We should make a track like Daft Punk on their 1st record to pay tribute to all the artists we’ve been influenced by but if I have to pick up one it has to be Damon Albarn for his talent and multiple musical faces.

Pat: Depeche Mode is in the list for their early albums, until Songs of Faith and Devotion. Amazing textures, and lots of drama!

Sam:  Too many. and because I am a music junkie 🙂

Laurent: None because the feeling is very different when you are listening a song you wrote and a song written by someone else and I love this feeling when discovering an artist and telling to myself “fuck he/she is a genius that song is a killer”. It doesn’t happen with your own music and I want to keep it this way.

Laurent: Realizing I’m the youngest member of the band 😉Patrick recently reminded me a whole recording week in France back in 2004 that I had totally erased from my mind and it’s kind of freaking me out this capacity we have to erase things, even positive ones, and now I remember it because he told me but it feels like I didn’t live this whole week.

Pat: Reminding Laurent of that week we spent recording stuff in the middle of nowhere in rural France. It is usually the other way around so that’s kind of spooky.

What’s exciting you on the local music scene?

Sam: Well I have lived in Berlin for 14 years so, a lot. I love kids that bring together all genres. like hiphop, pop, electronic, like they just own it and they don’t need to explain or choose a side.

Laurent: I’m not going out that much these days but I agree with Sam I’m impressed with all those kids mixing all style of music and writing songs like they’re 40.

What’s the best phrase you’ve picked up in another language?

Sam: It’s a phrase in Sicilian language that you say when your stomach is upset (for example from a hangover) that is “Picciriddi morti nello stomaco”.

It means : I have a dead baby in my stomach.

Laurent: “Wabi sabi” is a Japanese expression that I read on a bottle of a very good French wine named after it. It means the fullness you can feel towards natural events. I’m not that wise yet but it describes well the band’s state of mind.

Which of these activities are you most likely to be found doing: (a) baking a cake, (b) tinkering with a motorbike, (c) visiting a museum or (d) drinking whiskey?

Sam: None of the above except for the museum maybe if I’m travelling.

Laurent: Well Sam is lying there 😉 we have this tradition to bring whiskey in Berlin every time we’re recording so I’ll go for whiskey even if we are not hard drinkers but write museum it sounds better :-))

Sam: “What do you think of dubbing in movies”?

“It is indeed a cultural crime, the most mainstream form of artistic disrespect and intellectual laziness”.

Pat: I’d like by my kids to ask me: “What makes me better, unique?”

“The fact that you are is your uniqueness”. I am so angry at the competitive world they are brought up in.

Sam: It does, until you wake up.

Pat: Pushing the boundaries is exciting and relevant to me. Excess usually breaks the communication. Doesn’t work well for me…

Finally, we ask people to do a picture / sketch/ drawing for us for our gallery and we love this pic entitled “Studio time in Berlin”. 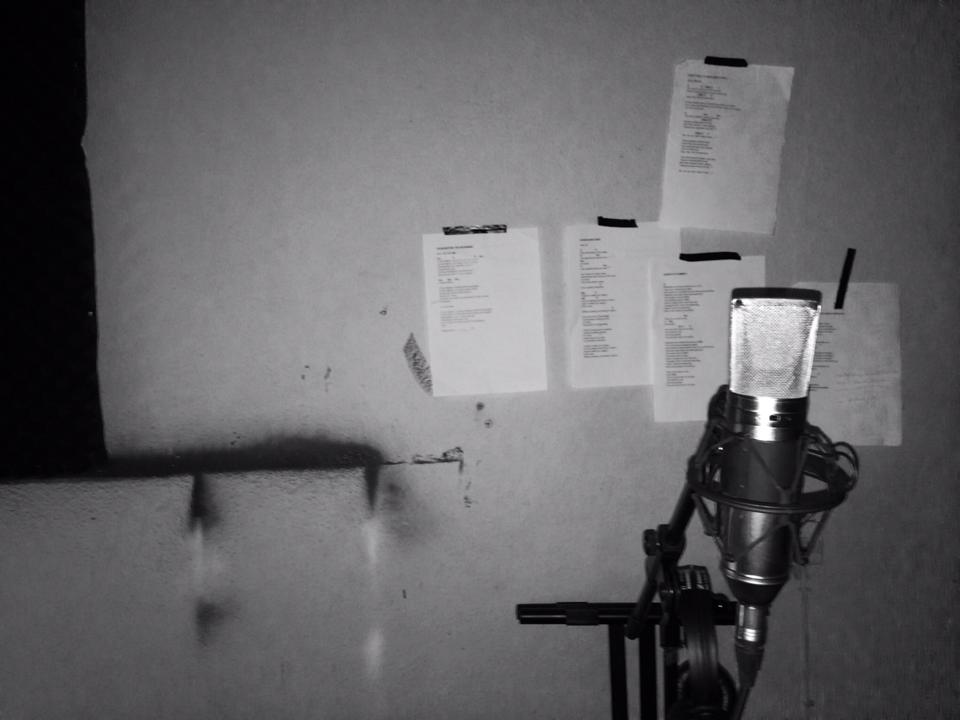