We first became aware of Lake Felix when we heard the stunning album “Kick It To Taka Tuka Land”. Gerry was blown away by the riff on “Leash My Elephant” and the rest of the album is just as good – sonically adventurous, experimental and just so different in a great way, this is the work of an extremely talented artist, The artist in question is Kathi Ko and we were delighted to catch up with her and find out a bit more.

Why did you decide to be a musician?

I didn’t decide to be a musician, I just find myself doing music intensely since I was 14. And then there was a threshold to cross, when I was around 25, after university, when I decided to not follow a certain wage work career, but to work out, how to keep a preferably generous and roomy space for music in my life and defend it against supposed needs of status and money, in order to be myself as most as possible in capitalism (I know this word plops in very heavy, but I never really get through without it). And for now it’s working quite well, although improvable, I feel I am a musician and especially pretty much myself. Well almost 😉

Probably the music, that my mother used to listen to in the car, which was really a weird mixture of fairly cheese stuff, somewhere between the German genres „Schlager“ (Juliane Werding, Marianne Rosenberg, Münchner Freiheit, Rosenstolz etc.) and „Liedermacher“ (which include mainly German-speaking singer-songwriters like Ludwig Hirsch, Gerhard Schöne, Hermann Van Veen) There have been always some songs that impressed me a lot, most I found weird and a bit scary, some already beautiful, but now I know, what I liked about all this music, was how my mother heard it and the meaning she gave to it.

The way she listened to that music, sang along with it, turned up the volume at preferred parts, made me feel, there must be something deep, urgent, true, even transcendental in those cheap songs, that I would click off after some seconds if I heard it now the first time.

One song I remember, that you may know too, was on a mixtape of my mother, she gave me along with a walkman to my first longer school trip. This was the first time I was away from home and the first time I had to cry for a song. “Right Here Waiting” by Richard Marx, I was too young to understand the lyrics, but I felt sad and I found the music to help me express that, a strategy I probably learned from my mother. My father, on the other hand, listened to The Rolling Stones, AC/DC and Die Toten Hosen, but it was a totally different way of listening, I believe he listened to it for a good mood of strength and masculinity and used to speed up the car then. I have little scenes in my mind with Brown Sugar (Rolling Stones) and Thunder (AC/DC), my father drumming on the steering wheel and an air refresher „miracle tree“ shaking on the rearview mirror. He was more superficial with music, but anyway I could also share some of these feelings the music was supposed to produce and I still like The Rolling Stones. 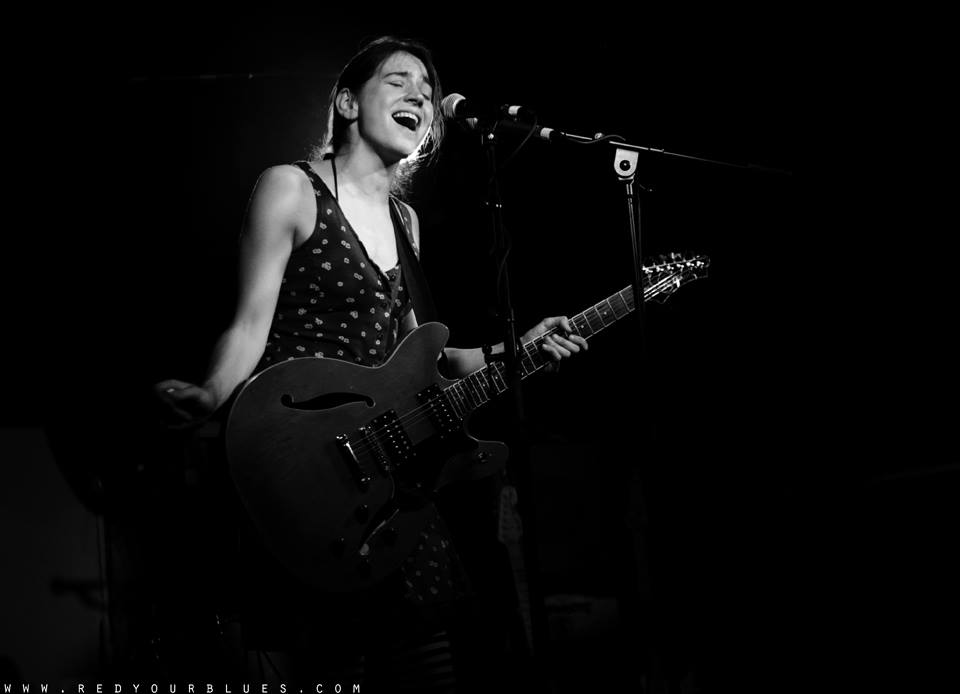 Naturally, it’s always the newest. I like those songs the most, that are not even recorded yet, probably because they fit best to my current mood and musical interest. But I still like all from my latest LP “Kick It To Taka Tuka Land” and some of my older ones.Let’s say: “Leash My Elephant” on Kick It To Taka Tuka Land (but it’s hard to decide on this LP, I like them all); “Spendy Mother” on Spongeous; “Hidden With A Kid” and “Orangutan” on Lake Felix And The Pappkameraden; “Turtle Circles” on Haunted Room.

You’re an excellent guitar player. Do you listen to a lot of guitar bands? Who’s your favourite guitarist?

Thank you! Yes I think I listened to a lot of guitar-bands, but not so much only for the guitars, but for the entirety of songs and performance. So I’m not that aware of the true influences on my guitar playing, maybe the childish guitar melodies by The Pixies. Maybe I heard and still like a lot the guitar riffs of Radiohead, but I don’t even know, who is the true initiator of most of them is, Jonny Greenwood, Tom York, Ed O’Brien, anyway these I heard a lot, even if my acutest Radiohead times are quite a while ago, the songs have been striking and important to me also for the guitar lines and riffs.

Currently, I like a lot Richard Dawson, he comes to my mind, when I think of guitar playing right now. He is the only one I saw so so far, who can move on a stage with a random guitar and amp, without pedals and play his songs that thrillingly, sometimes fat and intensely, sometimes tender, but what and how he plays seems always necessary, natural and expressive and always in debt for a good song.

How do you know when a song you’re working on is complete?

When it feels clean and fluid: free of stopgaps, when everything is necessary and useful and all together round.

Very, very crowded and intransparent. There is a surplus of bands and musicians in Berlin. That’s cool because music is very colourful and vital around here, but also not, because you start to be bored, dulled and stressed by it, a worrying inflation of music.

“Hey” by The Pixies because it’s a perfect song. Hard to say why, but I try: Every instrument does exactly what it should, quite minimalistic. And very sexy, even the vocals are sexy, his “uhs” even sound sexual and funny, which is cool, because the lyrics are not, they are a lot more about dependency and impuissance and it’s quite sad. This stress ratio between sex, jest, and tristesse somehow touches deeply.

“I Luv The Valley Oh” by Xiu Xiu, because it much better points out my main mood of my early 20s, then any song I ever made. And it’s also a perfect arrangement. There are many more, like “There There” and “Ideoteque” by Radiohead, “Where Is My Mind” by The Pixies, some older songs by the German band Tocotronic, but I better stop here…

This question is hard to answer because I’m just doing my songs and then there are probably influences, but I’m not that aware of them. But I try: For sure a companioned musician Petula influenced me in my live-set-up, mainly the loop thing. The Pixies made me try to also find infantile but beautiful guitar lines and Soap and Skin for singing, but I can’t exactly say how much.

I like that question. It’s fun to think about it, but I’m scared, I cannot decide on one song. “Feels like I Only Go Backwards” by Tame Impala because of the relation between lyrics and musical mood, the sentence “Feels like I only go backwards“ sung in that vital and sunny way makes me happy, as much as the strong baseline in the song, that even takes you forwards. “So Lonely” by The Police – same reason. DEUS – “Suds & Soda”. Richard Dawson – “Beggar”, because of the rare and rabid beats and the vocal melody. Petula – “Marry Me” because of the rare and rabid guitar riff in the beginning and end. “A Boy With A Thorn In His Side” – a cover of the The Smith’s song by J Mascis, because it reminds me of being 16, playing acoustic guitar in the park, singing a cover of a song you admire with all your power, bad but beautiful. “The Last Living Rose” by PJ Harvey, because of the guitar line in the end around 1:35.”Battles” – Dominican Fade because of the pure strength and power in it. The Pixies – “Hey”.I could go on, but I stop here….

The best shows I saw recently, have been played by bands that already exist for a quite a while, just as Buke & Gase, The Ex and Richard Dawson. The newest album that I really enjoyed a lot was Jewellery by Micachu (but it’s already from 2009 and Sports EP by Speedy Ortiz from 2012.

For me, success is the privilege to do what you want to do, to express what you want to express, the way you want it and that people pretty much get it. Therefore, more than money or a number of fans, I guess you need self-esteem, but then also an audience, that keeps on following and the opportunities to play in good clubs with respectful conditions and you’re successful when this remains, so that there is a good reason to continue producing music, because people keep on taking it. It’s maybe not so important, how many people that is, but how they treat and esteem it. But you need people, that’s for sure and if you find them taking you the way you are, I guess you are successful/lucky.

What’s your favourite music blog? ( you don’t have to say SWIT)

I’m not so much into music blogs. Only just starting to check that world out, so I think I cannot give a good answer on this. (you were supposed to say “SWIT” 🙂 ).

Kathi donated this wonderful drawing for our gallery too!!