I’ve listened to these songs over and over since the ep was released a few days ago, I’ve absorbed them, they are part of me now. I’m in a loop. I have posted the first two singles from UTO on SWIT previously – “The Beast” and “That Itch”, distinctive, quirky, sensuous and humourous pop songs, two of the best tunes of 2017. Now, here is their debut EP “Shelter For THe Broken” and it crackles with electricity, it’s a testament to the chemistry between Neysa Barnett and Emile Larroche. It’s five quite brilliant compositions, showing the duo flexing their creative muscles, adding diversity, experimentation, weirdness and panache. These kids have moxie.

“(The) No Song” is a spoken word eulogy to the other, to the philosophy of nothing, to the things that are not there and the people that you are not. A call into the void. The void never answers. Wrap yourself then in the warm embrace of “Play House” – insanely catchy, a sacred promise of protection, asking nothing in return. The chorus is a wholly unexpected calypso delight, it makes you smile. The record closed with the altogether darker, schizophrenic “The Hideaways”, all distorted sounds, suggestions of places that may or may not be real, places you probably don’t want to be. We’re inside the tower and all the doors are locked. This is a record painted in bright, beautiful colours, listen and you’ll fall in love.

” there is no use in trying to deal with the dying,” wrote
Dylan.

Everything flips, everything goes towards oblivion. Our response has been to make music a dwelling place, an anchor in the storm, shelter for the broken.This ep was recorded in the bedroom and living-room of a family house just outside Paris. All the songs are written by Neysa Barnett and composed by Emile Larroche. We have been able to release it thanks to Pain Surprises, led by Elliot Diener and Etienne Piketty (courtesy of Un Plan Simple).
On “Play House”, Estaban Pinto Gondim plays saxophone and Alexandre de la Baume sings on the chorus with the children from the Gennevllllers Academy of Music (under the direction of Corinne Hache). Elliot Diener and Lucien Bruguiere arranged “The Beast” and Benjamin Sportes added his touch to “That Itch”. 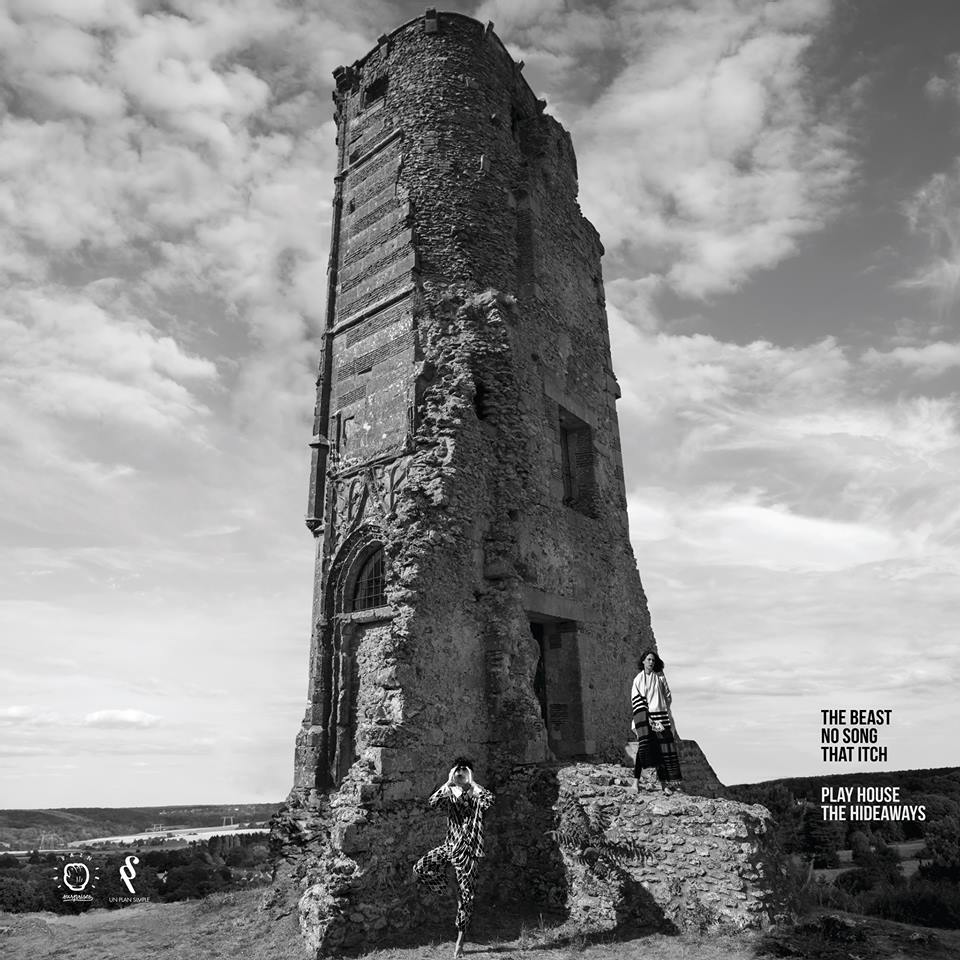 The cover is by the marvellous Nelly Maurel, who, inspired by the Tarot de Marseille, revealed a mysterious force composed of dogs and nocturnal volcanos where creatures lose their balance yet fall with grace.