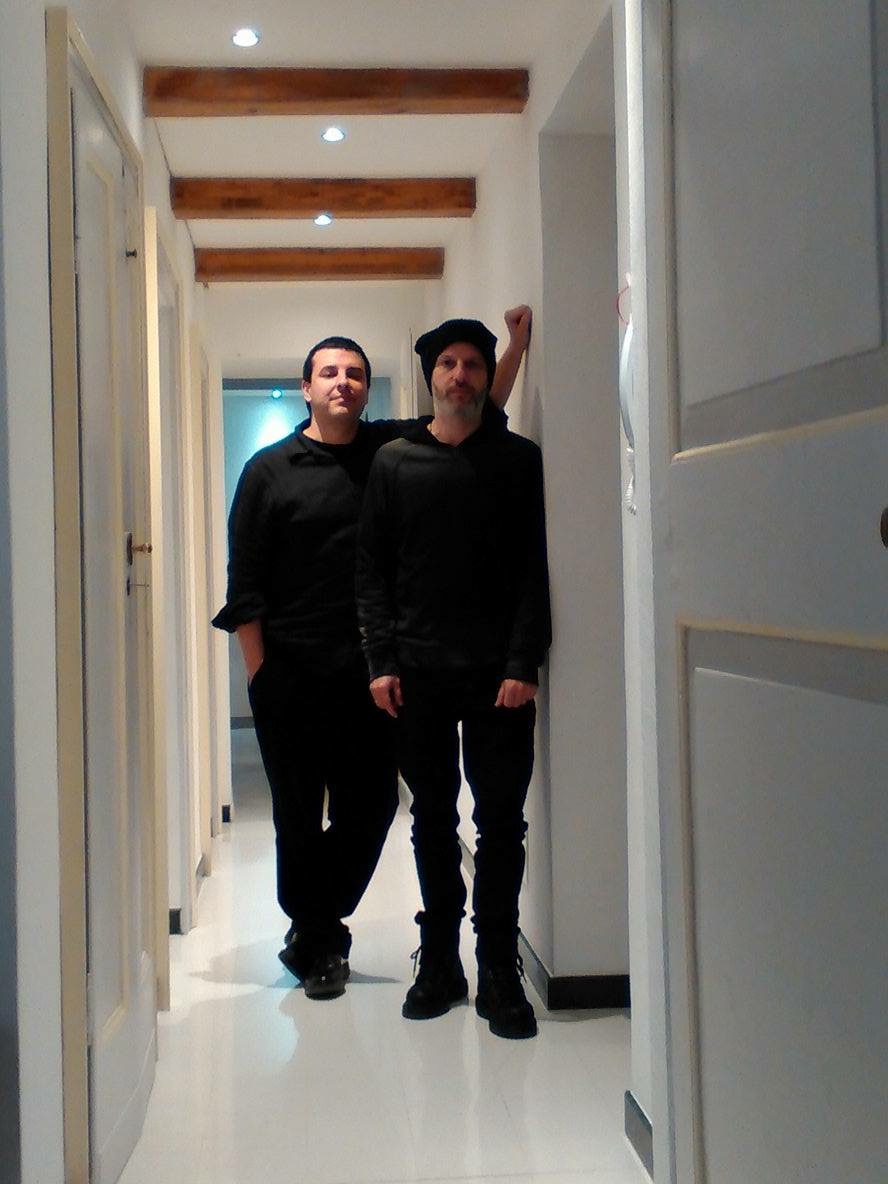 Drama Emperor are an electro-indie Italian band made up of Michele Caserta, Cristiano Ballarini and Simone Levantesi who write in English, Italian and German. We have covered a number of tunes by the guys and even premiered their recent single “The Final Song” (on Alienated Records).  Needless to say we are big fans but we’ll say it anyway, we were delighted and excited when Mic and Cris agreed to answer some questions for us.

Why did you decide to be in a band?

Mic:  because music is part of my life.

Cris: We decide to form a band because music is the better way to communicate with the rest of the world.

What was the first piece of music you loved and why?

Mic: The first piece of music I loved was “Do You Really Want to Hurt Me” by Culture Club because it made me dance.

Mic:  “Teknicolor”, because it reminds me of fucking “Black Friday”, such a stupid, useless day.

Cris: “Alarm”, because it was the first song we wrote together with a different way of singing compared to what we did before.

How do you know when a song you’ve working on is complete?

Mic: I actually never know when a song is complete.

Cris: Yes, I think so…at a certain point we just stop to working on it. Simple.

Cris: Boys Don’t Cry by The Cure; this is the most perfect pop song ever.

Mic: David Bowie, he was an eclectic artist in the way he always changed his music, he stimulated my interest in different kinds of artists and music.

Cris:  Robert Smith, with his melancholic voice and later Radiohead for their songwriting.

Name of song that makes you happy and why does it have that effect?

Mic:  “Let Love In” by Nick Cave, because it was the perfect song during that time of my life.

Cris: “Sometimes” by James, this song is very exciting for me.

What is the new band that you’ve heard recently?

Mic:  They are good platforms to promote music.